“Returning to home to Singapore to helm 藝 at the iconic Raffles Singapore is an opportunity like no other. Much like this iconic hotel steeped in heritage, I’m excited to present the rich heritage of regional Chinese cuisines that are rarely seen outside of China. After travelling the world for more than a decade, it is only befitting that I present my own expression of Chinese cuisine to Singapore.”

Reservations are recommended.
For enquiries, please contact us at 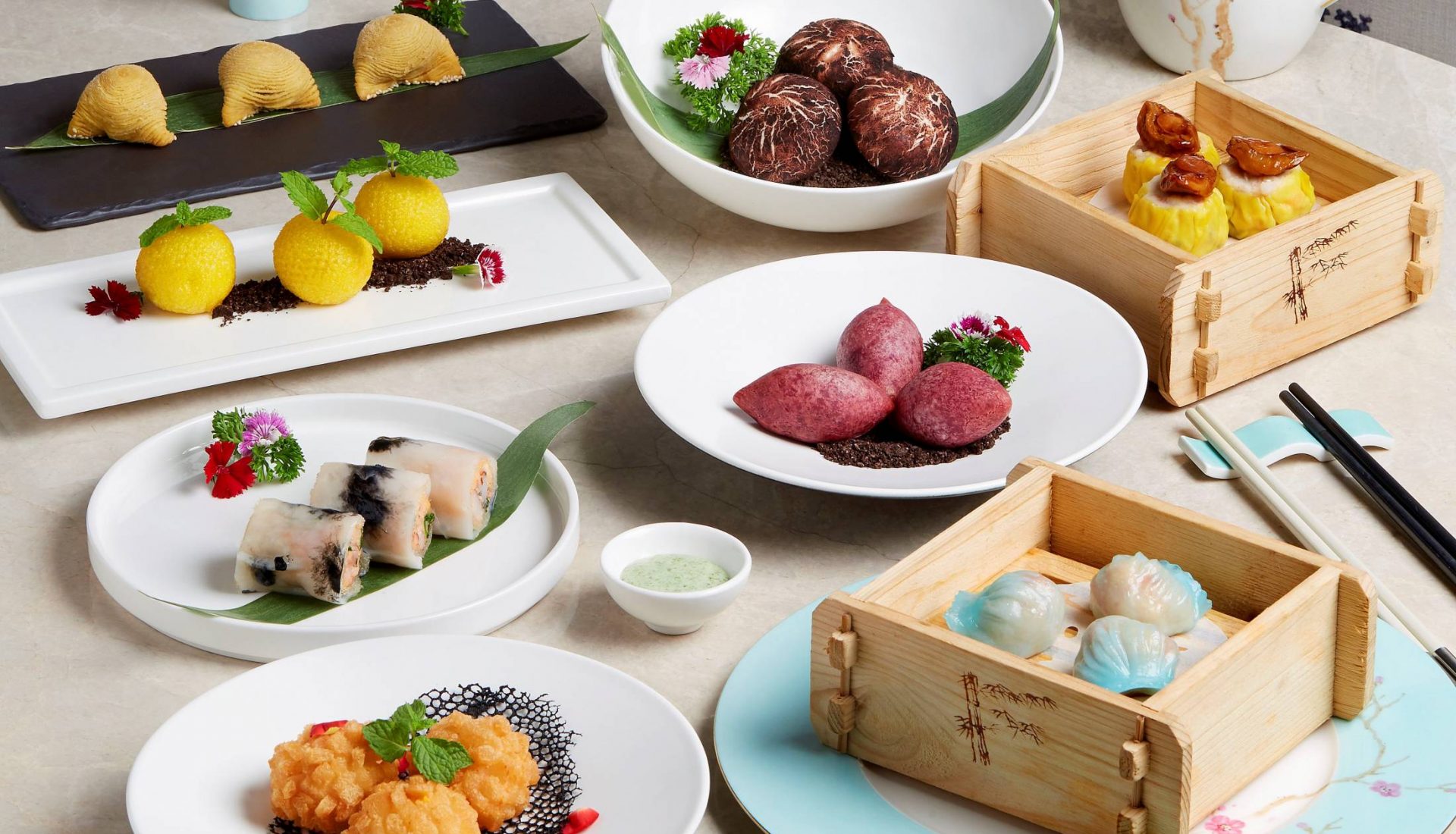 Specially curated to present lost masterpieces to ancient Chinese provincial dishes, 藝 yì by Jereme Leung does not look to present one specific style of Chinese cuisine. Instead, Jereme showcases an array of Chinese cuisines with a modern touch, such as the eye-catching Hundred-ring Cucumber with Sea Whelk – a classic dish found in China’s Northern region during warm summer months. The Hundred-ring Cucumber with Sea Whelk at 藝 yì by Jereme Leung is skillfully sliced and served with refreshing vinaigrette and sea whelk. Unlike a pot of customary tea, Jereme prefers and encourages guests to pair their meals with a bottle of wine or a cocktail, together with his signature drinking snacks. He believes that this pairing invigorates the communal vibrancy of a home-cooked meal while encouraging heart-warming conversations. 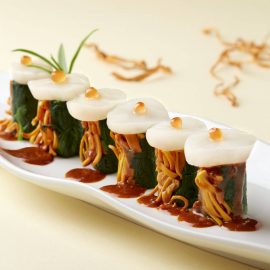 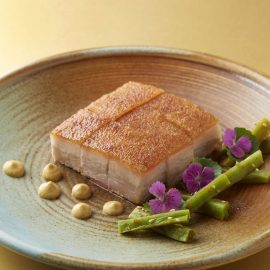 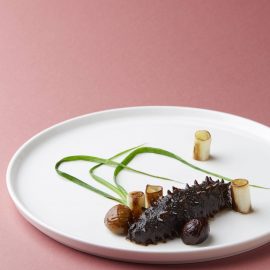 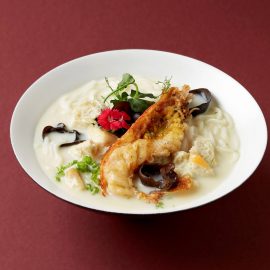 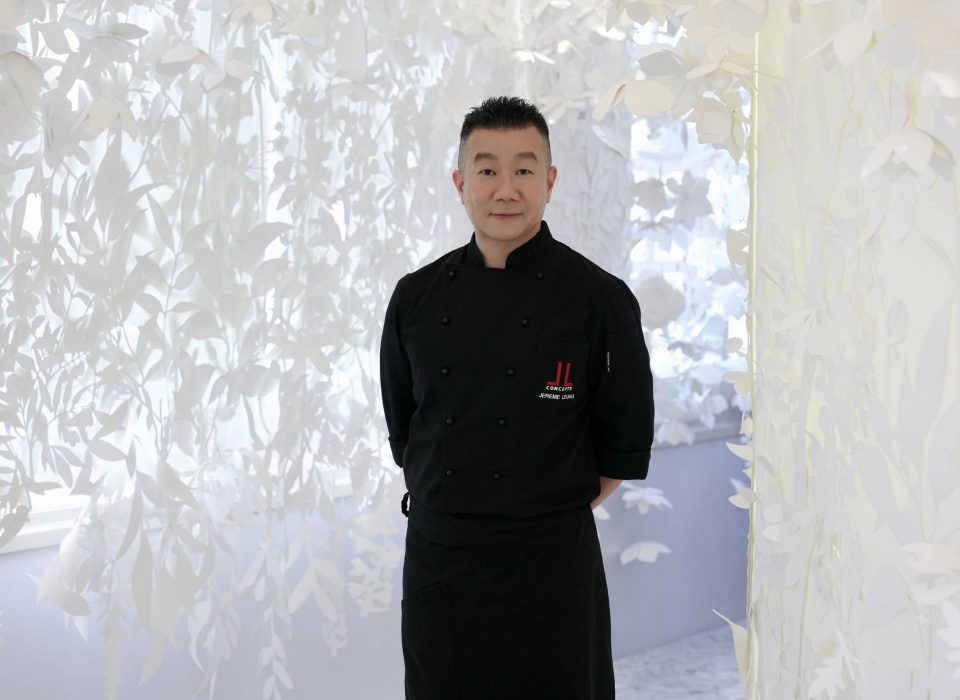 Singaporean Chef Jereme Leung began his culinary career at the age of 13, starting from the ground up in kitchens of Hong Kong. Throughout his career, he has mastered all four cornerstones of Chinese cooking ranging from dim-sum, Chinese barbecue, wok-cooking to knife work. He continued to hone his craft at some of the most prestigious hotels in Southeast Asia which gradually led him to embark on a food pilgrimage across China in the 1990s to explore the flavours of different regions, their ingredients and cooking techniques. He moved to Shanghai, China in 2002, and since then has opened over 9 restaurants across the world. 藝by Jereme Leung is his first restaurant in Singapore and his long-awaited homecoming. 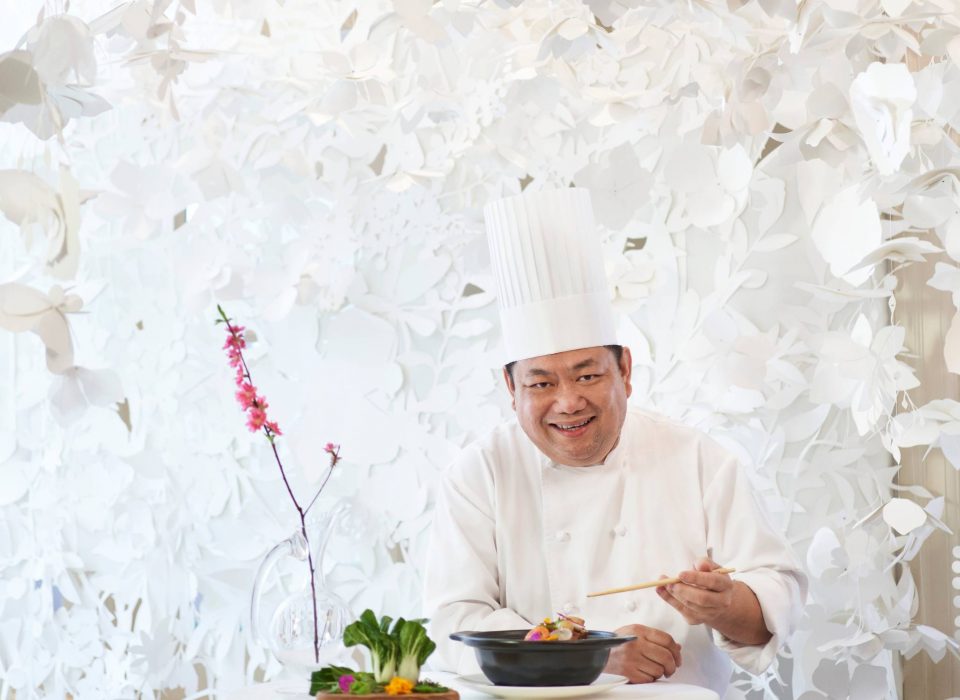 Yap Poh Weng began his career at the age of 18, when his passion for the art of Chinese cuisine was sparked. Subsequently, he pursued excellence of his artistry and honed his craft at various established and reputable Chinese restaurants in hotels. Throughout his career, he has worked closely with Chef Jereme Leung, marking the start of their strong working partnership in 1998. Yap has been at the helm of well-known and award-winning establishments including Chinese restaurant Yan Yu in Guangzhou. An accomplished chef with multiple prestigious awards under his belt, Yap works closely with Chef Jereme Leung to conceptualise the menu that features provincial cuisine from different regions of China. 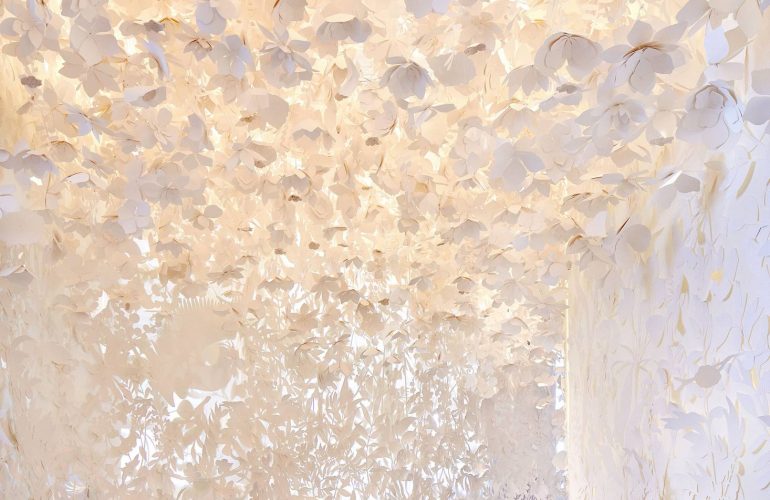 藝 yì by Jereme Leung is a 111-seat restaurant whose design is inspired by the hidden world of deep-rooted culinary traditions and story-telling. 藝 (yì) means art in the Chinese language and the restaurant’s interior décor reflects this artistic flair Be greeted by a whimsical entrance created by Moss & Lam, an art installation entitled ‘Pale Garden’ which is 90 feet long and cascades across the restaurant’s entryway, decorated with 1,000 handcrafted and individually strung floral strands. Inspired by the Chinese myth surrounding the god, Pangu which depicts the creation of Heaven and Earth, 藝 by Jereme Leung uses neutral earthy materials and tones like stone and timber to embrace the main dining hall as a reflection of ‘Earth’ while the custom ceiling details references the elements of the ‘sky’. This is reflected as diners step into the main dining hall of the restaurant which seats over 60 persons.